Do you know that icy chill that runs up your spine when you travel past a cornfield late at night? Well, this year you can capture that feeling for an entire season! The Halloween 2012 season is offering a great series of masks, props, and costumes to create a Haunted Hayride or Frightening Farm theme. This haunt theme has been a classic for many rural towns, but this year anyone can add to a tradition or make a new one for themselves.

A new mask for 2012 making a splash is Evil Corn, who was featured in our Upcoming Masks blog.  This mask combines the rotting undead with a country twist. This decaying cob delivers with its immense detail. The stray strands of silk dangle down while dark patches of rotting matter contrast with the discolored kernels. Even the teeth are composed of misshapen pieces of corn. This mask is great for blending in a field and then jumping out at unsuspecting patrons. 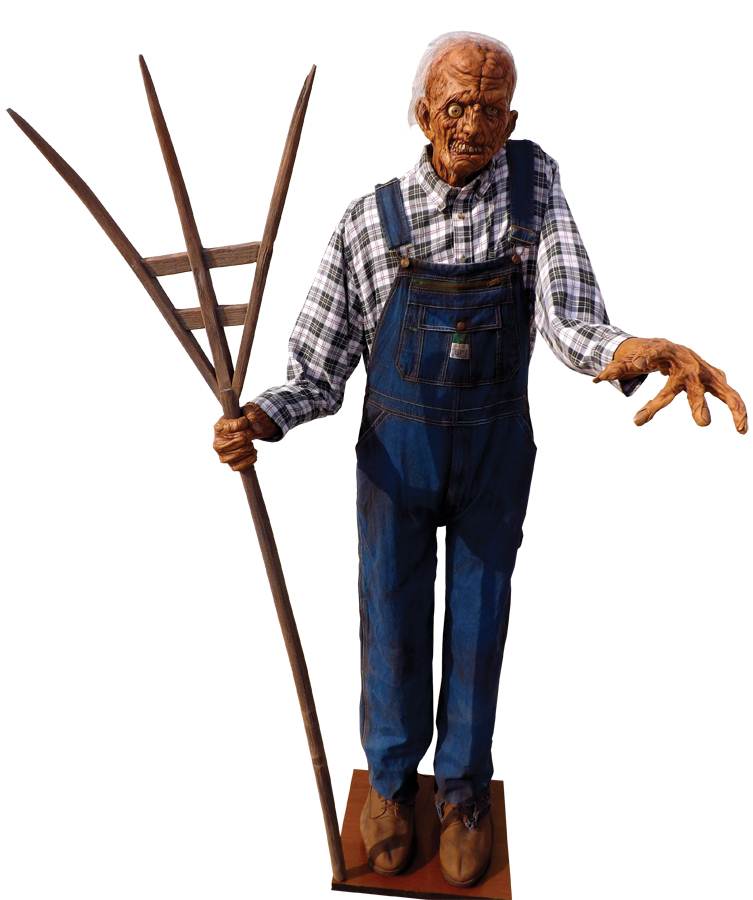 Inbred Fred is another one of our great new props for 2012. One look at his face is enough to make anyone’s stomach churn. This genetic deformity combined with his life size appearance make him one farmer you don’t want to see when cruising down a country road late at night. This animated prop with his shaking movement and archaic pitch fork let you know that no one steps on his property and lives to tell about it. 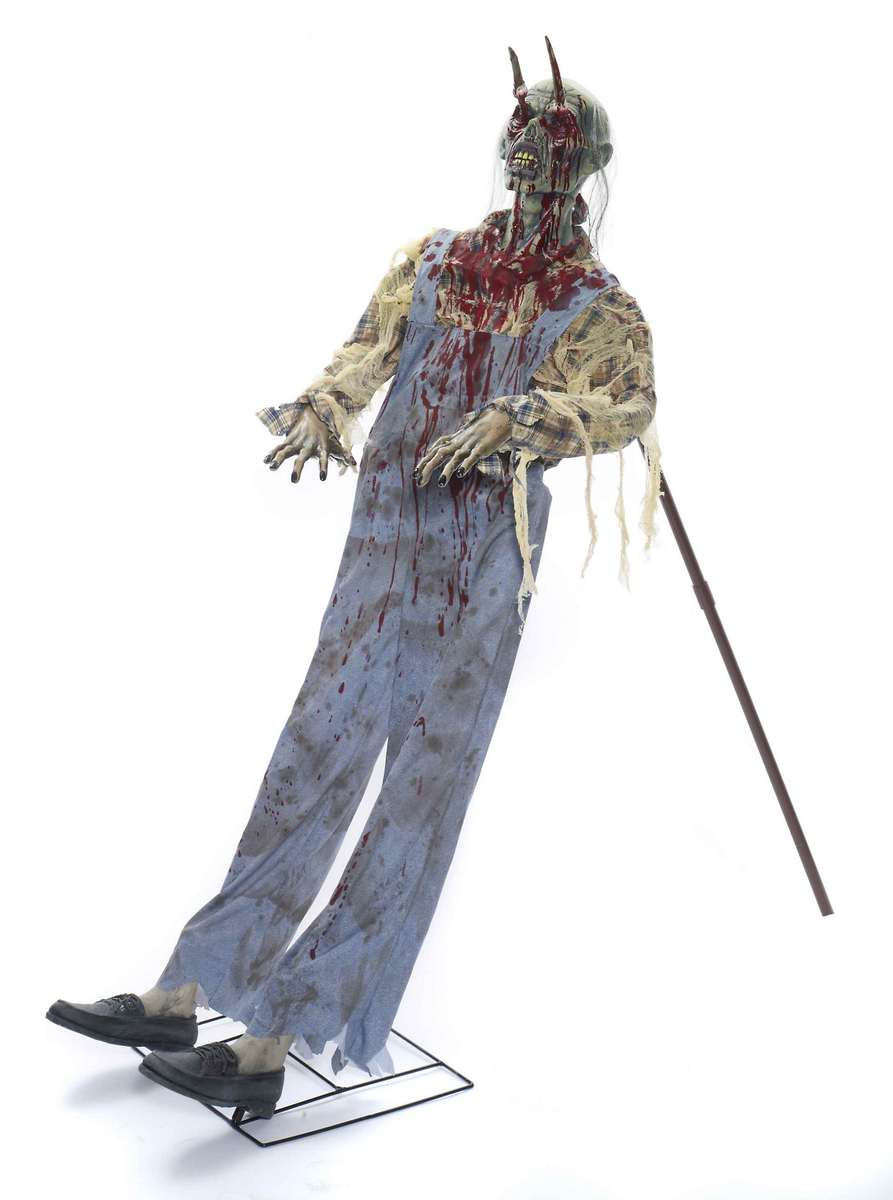 Victim Farmer Leaning Prop is here to show the other side of the farmer kin. A nice old man pulls over to help a broken down car. When he looks in at the driver, he drops his pitchfork and begins to run back towards his truck. The farmer is not fast enough to escape his pursuer who spears him through the back of the head with his own pitchfork. This grisly sight is much more effective than a ‘No Trespassing’ sign.

The Motel Hell Pig Costume with Mask is straight out of the 1980 cult classic movie. The costume features a set of overalls, plaid shirt and the detailed pig mask. This decapitated, blood stained, pig head is a staple of Farmer Vincent’s in the climactic duel with his brother. This detailed costume is sure to terrify even those who have not seen the film. If the costume is not your style, the Pig Mask is available on its own.

The Lifesize Hanging Scarecrow with Crow is perfect for suspending from a post or a tree. The skeletal face and tattered clothes indicate that this corpse has been hanging for far too long. This ominous figure will terrify anyone with its animated eyes and crow that’s dangling a matter-ridden eyeball from its mouth. The prop has light up eyes to scare those even in the darkest of nights.

From last year, but still a heavy hitter is TheHarvester. This bad boy is everything you wished for when you thought of a possessed scarecrow. This cornfield creature appears to command ranks of Lucifer’s army. He is equipped with a chest piece made of hay, and a jagged scythe for cutting down would-be trespassers. The Harvester’s face contains a decayed presence and his eyes are glowing with other-worldly knowledge.

The Scarecrow Creature Reacher has been a favorite for years.  This menacing beast is a full size costume that is oversized in every possible way. The detail is complete from the deluxe mask to the latex, claw-like hands. This costume announces your presence as the ruler of the Haunted Hayride. People will run in fright as you burst out of a cornfield or through a set of barn doors.

Posted by Halloween Asylum at 9:48 AM